Faces with in the trees 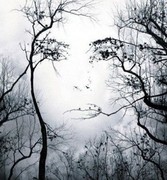 group for anyone who sees images/faces/messages etc. openminded folks

Pareidolia (pronounced /pærɪˈdoʊliə/ pa-ri-DOE-lee-ə) is a psychological phenomenon involving a vague and random stimulus (often an image or sound) being perceived as significant. Common examples include seeing images of animals or faces in clouds, the man in the moon or the Moon rabbit, and hearing hidden messages on records played in reverse. The word comes from the Greek παρά (para- – "beside", "with", or "alongside"—meaning, in this context, something faulty or wrong (as in paraphasia, disordered speech)) and εἴδωλον (eidōlon – "image"; the diminutive of εἴδος, eidos – "image", "form", "shape"). Pareidolia is a type of apophenia.

There have been many instances of perceptions of religious imagery and themes, especially the faces of religious figures, in ordinary phenomena. Many involve images of Jesus, the Virgin Mary, or the word Allah.

In 1978, a New Mexican woman found that the burn marks on a tortilla she had made appeared similar to the traditional western depiction of Jesus Christ's face. Thousands of people came to see the framed tortilla.

The recent publicity surrounding sightings of religious figures and other surprising images in ordinary objects, combined with the growing popularity of online auctions, has spawned a market for such items on eBay. One famous instance was a grilled cheese sandwich with the Virgin Mary's face.

In September, 2007, the so-called "monkey tree phenomenon" caused a minor social mania in Singapore. A callus on a tree resembled a monkey, and believers flocked to the tree to pay homage to the "Monkey God"

Various European ancient divination practices involve the interpretation of shadows cast by objects. For example, in Nordic molybdomancy, a random shape produced by pouring molten tin into cold water is interpreted by the shadow it casts in candlelight.

From the late 1970s through the early 1980s, Japanese researcher Chonosuke Okamura self-published a famous series of reports titled "Original Report of the Okamura Fossil Laboratory" in which he described tiny inclusions in polished limestone from the Silurian period (425 mya) as being preserved fossil remains of tiny humans, gorillas, dogs, dragons, dinosaurs, and other organisms, all of them only millimeters long, leading him to claim "There have been no changes in the bodies of mankind since the Silurian period ... except for a growth in stature from 3.5 mm to 1,700 mm." Okamura's research earned him a winner of the Ig Nobel Prize in biodiversity

Clouds are a classic source of pareidolia.

Carl Sagan hypothesized that as a survival technique, human beings are "hard-wired" from birth to identify the human face. This allows people to use only minimal details to recognize faces from a distance and in poor visibility but can also lead them to interpret random images or patterns of light and shade as being faces. The evolutionary advantages of being able to identify friend from foe with split-second accuracy are numerous; prehistoric (and even modern) men and women who accidentally identify an enemy as a friend could face deadly consequences for this mistake. This is only one among many evolutionary pressures responsible for the development of the modern facial recognition capability of modern humans.

A 2009 magnetoencephalography study found that objects incidentally perceived as faces evoke an early (165 ms) activation in the ventral fusiform cortex, at a time and location similar to that evoked by faces, whereas other common objects do not evoke such activation. This activation is similar to a slightly earlier peak at 130 ms seen for images of real faces. The authors suggest that face perception evoked by face-like objects is a relatively early process, and not a late cognitive reinterpretation phenomenon.

This study helps to explain why people identify the line drawing at the top of this article as a "face" so quickly and without hesitation; precognitive processes are activated by the "face-like" object, which alert the observer to the emotional state and identity of the subject - even before the conscious mind begins to process - or even receive - the information. The "stick figure face," despite its simplicity, conveys mood information (in this case, disappointment or mild unhappiness); it would be just as simple to draw a stick figure face that would be perceived (by most people) as hostile and aggressive. This robust and subtle capability is the result of eons of natural selection favoring people most able to quickly identify the mental state, for example, of threatening people, thus providing the individual an opportunity to flee and fight another day. In other words, processing this information subcortically (and therefore subconsciously) - before it is passed on to the rest of the brain for detailed processing - accelerates judgment and decision making when alacrity is paramount. This ability, though highly specialized for the processing and recognition of human emotions also functions to determine the demeanor of wildli

SOME PHOTES I CAME ACROSS 3 Replies

~Psychic Ability~ How to have Visions 2 Replies

Psychic Ability: How to have VisionsBy Julia JablonskiPsychic ability is something we all possess to greater or lesser degrees, and it's something that can be consciously developed. Some people do…Continue

You need to be a member of Faces with in the trees to add comments!

Natalie Broome
I took my daughter down to the park yesterday and she insisted on walking all around the edges, so we did, and I came across this Tree. It took me by surprise because firstly, out of the corner of my eye as I walked past it, I thought it was a child hiding by the tree, playing hide and seek with his parents maybe, but then I remembered that on that side of the fence is a care home for those with dementia etc and so it wasn't likely for a child to be playing there. So I took another look, and saw that it was no child, but a Tree Person. I've seen them in the pictures where the trees bend to form dancing women and are amazingly beautiful, but I never expected that I'd actually see my very own one. I dont take photos very often but I felt the need to take a picture of Him as he made such an impact on me when I saw him. It was amazing. ♥ My daughter liked him too. ♥ Let me know if you can see him too. ♥

do you see the dragon? 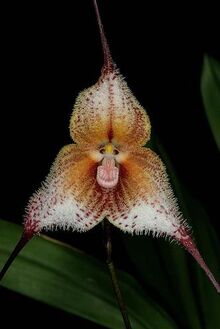