This is a place for all of us to come together to meet one another share ideas of things to come and get to know each other.

It would appear from the English day names, but by the time of Bede (eighth Cent.); it would appear the Anglo Saxon Lunar calendar has been partially tied to the Solar Julian Calendar.

One of the Blood Sucking Merchant Scum has gone ahead to sell for us. He is missed 1 Reply

When you take Drago and use his talents. 3 Replies

What is a Pub anyway? 1 Reply

Ok I am going put this out to the Ningverse. 8 Replies

Again other type up attempt 2 Replies

Our Friend needs our thoughts and prayers

You need to be a member of The Village Pub to add comments!

Upon landing in Egypt, Roman general and politician Pompey is murdered on the orders of King Ptolemy of Egypt.

During his long career, Pompey the Great displayed exceptional military talents on the battlefield. He fought in Africa and Spain, quelled the slave revolt of Spartacus, cleared the Mediterranean of pirates, and conquered Armenia, Syria, and Palestine. Appointed to organize the newly won Roman territories in the East, he proved a brilliant administrator.

In 60 B.C., he joined with his rivals Julius Caesar and Marcus Licinius Crassus to form the First Triumvirate, and together the trio ruled Rome for seven years. Caesar's successes aroused Pompey's jealousy, however, leading to the collapse of the political alliance in 53 B.C. The Roman Senate supported Pompey and asked Caesar to give up his army, which he refused to do. In January 49 B.C., Caesar led his legions across the Rubicon River from Cisalpine Gaul to Italy, thus declaring war against Pompey and his forces.

Caesar made early gains in the subsequent civil war, defeating Pompey's army in Italy and Spain, but he was later forced into retreat in Greece. In August 48 B.C., with Pompey in pursuit, Caesar paused near Pharsalus, setting up camp at a strategic location. When Pompey's senatorial forces fell upon Caesar's smaller army, they were entirely routed, and Pompey fled to Egypt.

Pompey hoped that King Ptolemy, his former client, would assist him, but the Egyptian king feared offending the victorious Caesar. On September 28, Pompey was invited to leave his ships and come ashore at Pelusium. As he prepared to step onto Egyptian soil, he was treacherously struck down and killed by an officer of Ptolemy.

Henry Bolingbroke is proclaimed King Henry IV of England upon the abdication of King Richard II.

Henry was the eldest surviving son of John of Gaunt, duke of Lancaster. While his father was away in Spain, Henry joined other lords in opposing King Richard II's rule. Richard later regained the upper hand and in 1398 banished Henry from the kingdom. When John of Gaunt died in February 1399, Richard seized the Lancastrian estates, thus depriving Henry of his inheritance. Claiming to be defending the rights of the nobility, Henry invaded England in July 1399, and Richard surrendered to him without a fight in August.

Upon becoming king of England, Henry imprisoned Richard in Pontefract Castle in Yorkshire, where the former king died of undetermined causes in February 1400. After a turbulent reign, Henry was succeeded by his son Henry V, the second of England's three Lancastrian kings.

In the last major battle of the War of the Roses, King Richard III is defeated and killed at the Battle of Bosworth Field by Henry Tudor, the earl of Richmond. After the battle, the royal crown, which Richard had worn into the fray, was picked out of a bush and placed on Henry's head. His crowning as King Henry VII inaugurated the rule of the house of Tudor over England, a dynasty that would last until Queen Elizabeth's death in 1603.

In the 1450s, English failures in the Hundred Years War with France, coupled with periodic fits of insanity suffered by King Henry VI, led to a power struggle between the two royal houses whose badges were the Red Rose of Lancaster and the White Rose of York. The War of the Roses left little mark on the common English people but severely thinned the ranks of the English nobility. Among the royalty who perished were Richard of York; Richard Neville; the earl of Warwick; and kings Henry VI and Richard III. In 1486, King Henry VII's marriage to Elizabeth, the daughter of Edward IV, united the houses of Lancaster and York and formally ended the bloody War of the Roses.

King Henry IV, the first English monarch of the Lancastrian dynasty, dies after years of illness, and his eldest son, Henry, ascends to the English throne.

In 1399, Henry Bolingbroke was crowned King Henry IV of England following the forced abdication of King Richard II, who was greatly weakened by internal conflicts stemming from his quarrels with Parliament. In later years, Henry IV was a chronic invalid, and his son Henry presided over the king's royal council. Young Henry also led armies against Owen Glendower and the Welsh rebels, and figured largely in the English victory over the Welsh at the Battle of Shrewdsbury.

After his ascendance to the throne in March 1413, the main effort of King Henry V's reign was his claim, through his great-grandfather Edward III, to the French crown. In 1415, Henry invaded France and won a stunning victory against great odds at the Battle of Agincourt in northern France. By 1419, Normandy was again under English control, and in 1420 the Perpetual Peace of Troyes was concluded, under which Henry married Catherine of Valois, the daughter of King Charles VI of France, and was recognized as regent of France and heir to the French throne. His triumph, however, was short-lived. During a siege of Melun and Meaux, his ill health grew worse, and in August 1422 Henry died of camp fever at Vincennes.

Traveling Within The World now has 16 votes towards this years awards!

Two months after the death of her half-sister, Queen Mary I of England, Elizabeth Tudor, the 25-year-old daughter of Henry VIII and Anne Boleyn, is crowned Queen Elizabeth I at Westminster Abbey in London.

The two half-sisters, both daughters of Henry VIII, had a stormy relationship during Mary's five-year reign. Mary, who was brought up as a Catholic, enacted pro-Catholic legislation and made efforts to restore papal supremacy in England. A Protestant rebellion ensued, and Queen Mary imprisoned Elizabeth, a Protestant, in the Tower of London on suspicion of complicity. After Mary's death, Elizabeth survived several Catholic plots against her; although her ascension was greeted with approval by most of England's lords, who were largely Protestant and hoped for greater religious tolerance under a Protestant queen. Under the early guidance of Secretary of State Sir William Cecil, Elizabeth repealed Mary's pro-Catholic legislation, established a permanent Protestant Church of England, and encouraged the Calvinist reformers in Scotland.

In foreign affairs, Elizabeth practiced a policy of strengthening England's Protestant allies and dividing her foes. Elizabeth was opposed by the pope, who refused to recognize her legitimacy, and by Spain, a Catholic nation that was at the height of its power. In 1588, English-Spanish rivalry led to an abortive Spanish invasion of England in which the Spanish Armada, the greatest naval force in the world at the time, was destroyed by storms and a persistent English navy.

With increasing English domination at sea, Elizabeth encouraged voyages of discovery, such as Sir Francis Drake's circumnavigation of the world and Sir Walter Raleigh's expeditions to the North American coast.

The long reign of Elizabeth, who became known as the "Virgin Queen" for her reluctance to endanger her authority through marriage, coincided with the flowering of the English Renaissance, associated with such renowned authors as William Shakespeare. By her death in 1603, England had become a major world power in every respect, and Queen Elizabeth I passed into history as one of England's greatest monarchs. 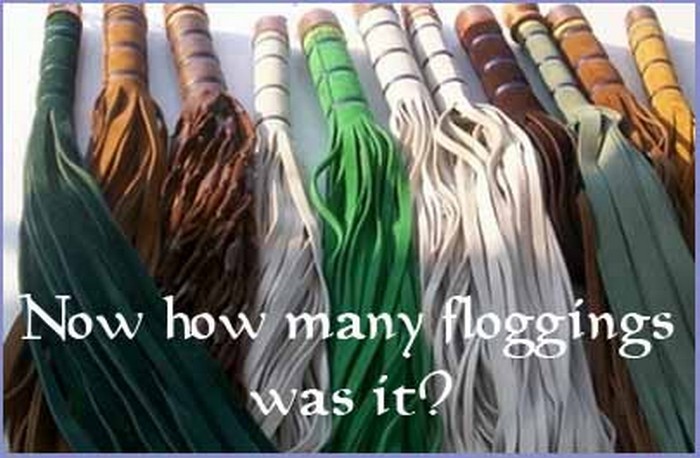 Good because the ugly is not on line like he wants to be.

I am so sorry that I have mostly abandonded the site. Everyone has been so very nice. I hope to be on a little more often to at least pop in and say hello

My Creator, let me demonstrate Your power today. Let me be loving to all I meet.

Great Spirit, let me honor things that are sacred