History thoughts beliefs and ways. Of the wondering cultures of the world, much is not known. But they had so much to offer that has been lost among the ages. Here we gather a little to hold, learn, and cherish

Location: Where the road leads the fields flowered and the streams are fresh and clear
Members: 33
Latest Activity: Feb 3, 2014

The English term Gypsy (or Gipsy) originates from the Greek word Αιγύπτιοι (Aigyptioi, whence Modern Greek γύφτοι gifti), in the erroneous belief that the Romanies originated in Egypt, and were exiled as punishment for allegedly harboring the infant Jesus. This exonym is sometimes written with a capital letter, to show that it designates an ethnic group. The Spanish term gitano and the French term gitan have the same origin.

During the sixteenth and seventeenth centuries the name was written in various ways: Egipcian, Egypcian, 'gypcian. The word gypsy comes from the spellings which had lost the initial capital E, and this is one reason why it is often spelled with the initial g in lowercase. As time elapsed, the notion of 'the Gypsy' altered to include other associated stereotypes such as nomadism and exoticism. John Matthews in The World Atlas of Divination refer to gypsies as "Wise Women." Colloquially, gypsy may refer to any person perceived as fitting the Gypsy stereotypes .

As described in Victor Hugo's novel The Hunchback of Notre Dame, the medieval French referred to the Romanies as egyptiens. The term has come to bear pejorative connotations (as is the term "gyp" meaning "to cheat", a reference to the suspicion the Romanies engendered). However, use of the word "Gypsy" in English is so pervasive that many Romani organizations use it in their own organizational names.

In North America, the word "Gypsy" is commonly used as a reference to lifestyle or fashion, and not to the Romani ethnicity.

The term Gypsy (also 'gypsy' and less frequently 'gipsy'), is a common word sometimes used to indicate Romani people, Tinkers or Travellers. It may or may not be considered to carry pejorative connotations by those so described.

A Basic Guide to Period Gypsy Costuming for Renaissance Faires

Gypsys in the US by Wonder

MY FRIENDS, THE GYPSIES By Lawrence Bohme

Gypsy Cures for Coughs and Colds

Gypsy Magic Greetings weary travelers and welcome to the Gypsy Magic Spell Room! Here you will discover Herbal Remedies, Energy Healing, Flower Essence a combination of Herbal, Crystal, Essential Oil magic and spells for those who want to try something simple!

You need to be a member of Wandering Knowledge to add comments!

Romany Spell To Get Rid of Problems

Write your problem on a piece of paper.
Dig a hole, place the paper inside, and bury it along with a piece of copper, a piece of iron, and some zinc.

From The Good Spell Book

The Romanies say that when money is urgently needed by a certain date, this spell works wonders. One thing to remember: it must be performed at the witching hour of midnight.

Take one white votive (or tea light) candle to represent each $100 or $1,000 that you critically need. Stand them on a plate you often eat from.

At a quarter to midnight, sit in a room with no electric lights. Light a gold or silver, green or white candle (not one of those representing money). This is the candle that will give power to the "money" votive candles and will enable you to see what you are doing.

Pick up a votive candle and light it from the main candle flame. As you do so, say that the votive you are lighting represents the $100 or $1000 you need. Place on the plate to begin a circle of "money" candles.

Light each votive, and say the same words for each, until the circle is complete.

Say a prayer explaining that you are not being greedy; that the money is necessary. Leave the candles to burn out of their own accord. The money will soon start winging its way to you.

Found in:
The Good Spell Book by Gillian Kemp

This is an old Gypsy good heath charm;

You will need to obtain a scrap of blue velvet cut either into a square or a circle as it will then become a little pouch for the following;
a length of scarlet red ribbon
some tea leaves
a sprig of lavender
a piece of ginger
a pinch of rock salt
a clove a drop of camphor oil
Lay your piece of velvet flat and place all your ingredients in the centre, as you place each ingredient visualize it infusing its health properties into to the pouch. Tie it into a pouch with the leftover ribbon tie it to your bed post. Each morning as you wake hold the charm to your face, breath in its magickal properties and thank the earth for its gift to you. Gypsies say that this kept them healthy.
Blessed Be
~Iron Queen~

Nice page. Thanks for the invite... mac

The Gypsies say that to find anything red means luck in love. If you find a piece of red thread, red wool, a red button, or whatever, pick it up and carry it with you for luck. It serves as an amulet.

As you stoop to pick it up, think of the person you love and say:

Red is my blood
And red is my heart.
Lucky in love;
Never keep us apart.

Comment by Rev. Allen M. Drago ~ Traveler on September 24, 2010 at 5:43pm
AZ a good story to go with the other one you had also typed upon I look forward to seeing them in fullness sometime soon.

Comment by AZureGray on September 24, 2010 at 4:21pm
This is wonderful, thank you. In a past life I was a young brave. I remember the campfire before dawn, and coming out of the teepee into the flickering light. My friends and I rode our ponies into the east across lands filled with miles of grass. So we could sit and watch as the sun rise over the distant hilltops. The sun coming up and the sky turning pink were the final memories. I know I was a young brave because I saw my chest and it was bare, I "knew" I had 2 braids and a feather or two on the side of my head somehow.

Comment by msospreywoman on September 24, 2010 at 3:15pm
This is a Native American Poem

I call to the East, where the Father ascends
to all Mother Earth where life begins.
I fly through the cedars, pines, willows, and birch
as animals below me wander and search.

I call to the South, to the land down below.
Turtle stands silent, as man strings his bow
to hunt food and fur for his kin before snow.
A life will end so others will grow.

I call to the North, that yansa once knew.
I follow their path til it disappears from view.
Once vast in number, there stand but a few.
I hear only ghost thunder of millions of hooves.

I call to the West, to the ends of the lands,
to the Tsalagi, Kiowa, Comanche ... all bands.
Unite for the strength. Teach the young and demand
that you are Native Americans. Learn your tongue and stand.

My name is Freedom... I fly through this land.
I call to the Four Sacred Winds of Turtle Island.

Comment by Rev. Allen M. Drago ~ Traveler on September 23, 2010 at 5:32pm
I see some new people here before I go traveling in my ways. I hope to see this Group growing in knowledge of old and ways of those this is of. Please add knowledge upon these people for they are some of the last true old way life that many try to learn of and from. 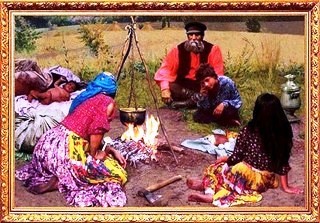