This is for Historical, Cultural references as well as patterns of items made of links with Maille sheet patterning or length of chain

Mail or chain mail is a type of armour consisting of small metal rings linked together in a pattern to form a mesh.

The word chainmail is of relatively recent coinage, having been in use only since the 1700s; prior to this it was referred to simply as mail.

The word itself refers to the armour material, not the garment made from it. A shirt made from mail is a hauberk if knee-length, haubergeon if mid-thigh length, and byrnie if waist-length. Mail leggings are called chausses, mail hoods coif and mail mittens mitons. A mail collar hanging from a helmet is camail or aventail. A mail collar worn strapped around the neck was called a pixane or standard.

Mail is now often used for decorative use and in jewellery.

Link
/lɪŋk/
–noun
1. one of the rings or separate pieces of which a chain is composed.

Chain
/tʃeɪn/
–noun
1. a series of objects connected one after the other, usually in the form of a series of metal rings passing through one another, used either for various purposes requiring a flexible tie with high tensile strength, as for hauling, supporting, or confining, or in various ornamental and decorative forms.

Mail (also maille, often given as chain mail or chain maille) is a type of armour or jewelery that consists of small metal rings linked together in a pattern to form a mesh. Mail armour provided a highly effective defense against the weapons of the Medieval Period.
(thank you dictionary.com)

So is the item chain or maille? To say something is both chain and maille is not only redundant but incorrect. Chain is a single series of links most commonly seen in our jewelry where maille is a pattern of these links that you would see in (but not limited to) armour.

A chain is a series of connected links. This article is about the literal, physical chain. A chain may consist of two or more links.

A chain is usually made of metal

Chains are usually made in one of two styles, according to their intended use:

* Those designed for lifting, such as when used with a hoist; for pulling; or for securing, such as with a bicycle lock, have links that are torus shaped, which makes the chain flexible in two dimensions (The fixed third dimension being a chain's length.)

* Those designed for transferring power in machines have links designed to mesh with the teeth of the sprockets of the machine, and are flexible in only one dimension. They are known as Roller chains, though there are also non-roller chains such as block chain.

Chains can also be decorative as jewelery.

A Maille Timeline By: David A Counts

A General Over Veiw

You need to be a member of Mail, Maille, Sheets of Links to add comments! 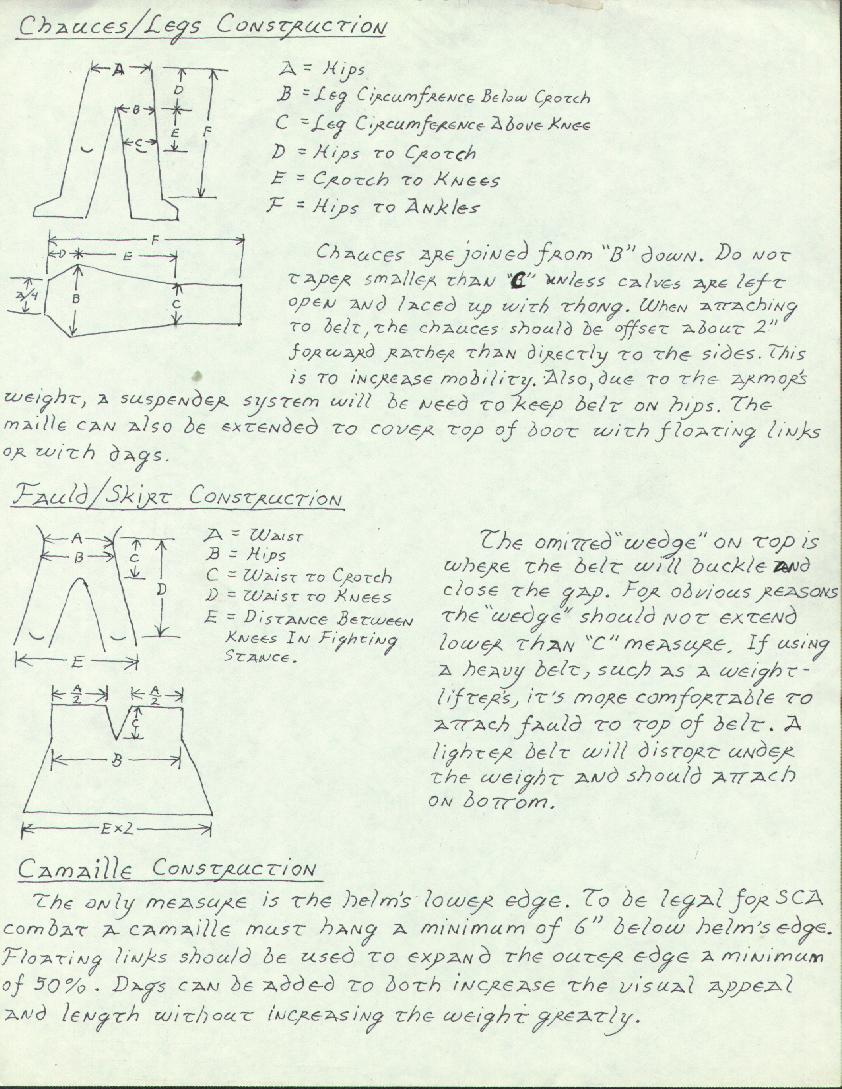 Comment by Dept of PMM Artists & things on October 29, 2010 at 5:03pm
A couple of place one can find more upon the making of Maille & Chain