The art of comedy and the jester in period and how its modern applications can be used to keep our (and our administrators') sanity.

An excerpt from
Fools Are Everywhere
The Court Jester Around the World
Beatrice K. Otto

Read an interview with the author.

Fooling Around the World:
The History of the Jester
(from Chapter 1: Facets of the Fool and Chapter 7: Stultorum Plena Sunt Omnia, or Fools Are Everywhere)

Then come jesters, musicians and trained dwarfs,
And singing girls from the land of Ti-ti,
To delight the ear and eye
And bring mirth to the mind.
—Sima Xiangru (ca. 179-117 B.C.), Rhapsody on the Shanglin Park

The jester is an elusive character. The European words used to denote him can now seem as nebulous as they are numerous, reflecting the mercurial man behind them: fool, buffoon, clown, jongleur, jogleor, joculator, sot, stultor, scurra, fou, fol, truhan, mimus, histrio, morio. He can be any of these, while the German word Narr is not so much a stem as the sturdy trunk of a tree efflorescent with fool vocabulary. The jester's quicksilver qualities are equally difficult to pin down, but nevertheless not beyond definition.

The Chinese terms used for "jester" now seem vaguer than the European, most of them having a wider meaning of "actor" or "entertainer." In Chinese there is no direct translation of the English "jester," no single word that to the present-day Chinese conjures an image as vividly as "court jester," fou du roi, or Hofnarr would to a Westerner. In Chinese the jester element often has to be singled out according to context, although the key character you does seem to have referred specifically to jesters, originally meaning somebody who would use humor to mock and joke, who could speak without causing offense, and who also had the ability to sing or dance: "The you was also allowed a certain privilege, that is, his 'words were without offence' . . . but the you could not offer his remonstrances in earnest, he had to make use of jokes, songs and dance." The term is often combined with other characters giving differing shades to his jesterdom, an acting or a musical slant, for example: paiyou, youren, youling, changyou, lingren, linglun. All could include musical and other talents, chang suggesting music, ling, playing or fooling, and pai a humorous element to bring delight. Several of these terms are too frequently translated as "actor" regardless of where they appear on the etymological chain of evolution and even though they were used long before the advent of Chinese drama.

Perhaps the earliest antecedents of the European court jester were the comic actors of ancient Rome. Several Latin terms used in medieval references to jesters (including numerous church condemnations of them), such as scurrae, mimi, or histriones, originally referred either to amusing hangers-on or to the comic actors and entertainers of Rome. Just as there is now no clear distinction between the terms for "actor" and "jester" in Chinese, so the Latin terms could merge the two. If there was no formal professional jester in Rome, the comic actors fulfilled his functions, sometimes even bearing a striking physical resemblance to what is usually considered a medieval and Renaissance archetype. With periodic imperial purges against actors for their outspokenness, many of them took to the road and fanned out across the empire in search of new audiences and greater freedom. Successive waves of such wandering comics may well have laid the foundations for medieval and Renaissance jesterdom, possibly contributing to the rising tide of folly worship that swept across the Continent from the late Middle Ages.

An individual court jester in Europe could emerge from a wide range of backgrounds: an erudite but nonconformist university dropout, a monk thrown out of a priory for nun frolics, a jongleur with exceptional verbal or physical dexterity, or the apprentice of a village blacksmith whose fooling amused a passing nobleman. Just as a modern-day television stand-up comedian might begin his career on the pub and club circuit, so a would-be jester could make it big time in court if he was lucky enough to be spotted. In addition, a poet, musician, or scholar could also become a court jester.

The recruiting of jesters was tremendously informal and meritocratic, perhaps indicating greater mobility and fluidity in past society than is often supposed. A man with the right qualifications might be found anywhere: in Russia "they were generally selected from among the older and uglier of the serf-servants, and the older the fool or she-fool was, the droller they were supposed and expected to be. The fool had the right to sit at table with his master, and say whatever came into his head." Noblemen might keep an eye out for potential jesters, and a letter dated 26 January 1535/36 from Thomas Bedyll to Thomas Cromwell (ca. 1485-1540) recommends a possible replacement for the king's old jester:

Ye know the Kinges grace hath one old fole: Sexten as good as myght be whiche because of aige is not like to cotinew. I haue spied one yong fole at Croland whiche in myne opinion shalbe muche mor pleasaunt than euer Sexten was . . . and he is not past xv yere old. 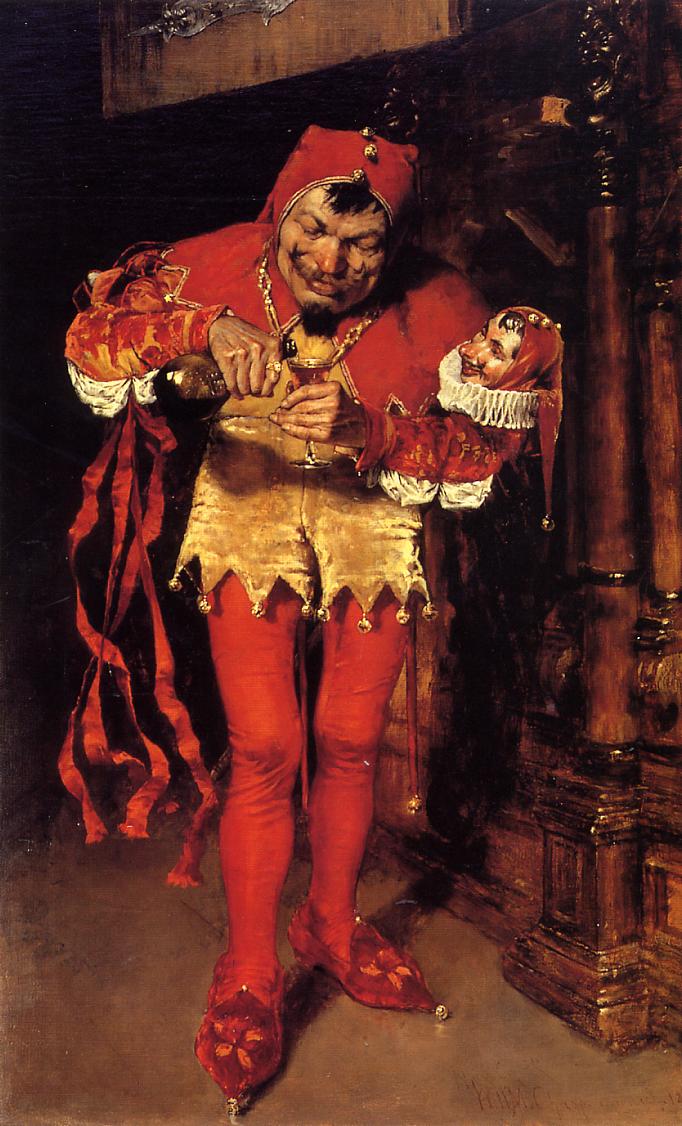 The History of the Court Jester by Glenn Church

A History of April Fools

45 Jokes from The Laughter Lover

The Top 17 Signs You're at a Bad Renaissance Festival

You need to be a member of Comic Relief to add comments! Meaning: A group of misbehaving ne’er-do-wells.

Background: Motley was once a type of fabric, and, eventually, the type of clothing made from the cloth. The most famous motley wearers in the 16th century were court jesters, and the multi-colored, patchwork fabric eventually became a go-to style for stage performers. Groups of these performers eventually became known as “motley crews.”

a funny mix of magic past and modern day humor

drago on a good day 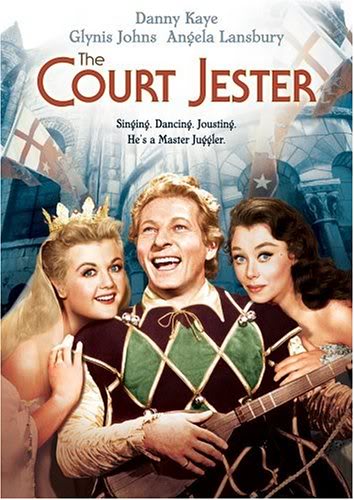