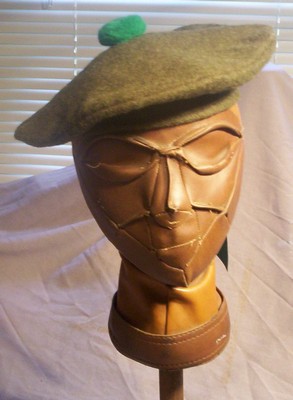 "Tam o' Shanter" is a poem written by the Scottish poet Robert Burns in 1790. Many consider it to be one of the best examples of the narrative poem in modern European literature.

First published in 1791, it is one of Burns's longer poems, and employs a mixture of Scots and English. It tells the story of a man who stayed too long at a public house and witnessed a disturbing vision on his way home.

The name is often misspelled "Tam O'Shanter", by mistaking "o'", a contraction of "of", for the Irish patronymic prefix "O'".

When chapman billies leave the street,
And drouthy neibors, neibors, meet;
As market days are wearing late,
And folk begin to tak the gate,
While we sit bousing at the nappy,
An' getting fou and unco happy,
We think na on the lang Scots miles,
The mosses, waters, slaps and stiles,
That lie between us and our hame,
Where sits our sulky, sullen dame,
Gathering her brows like gathering storm,
Nursing her wrath to keep it warm.

After Burns has located us geographically:

(a quote that gave Ayr United F.C. their nickname "the honest men"), Tam sits and drinks with his friends, and the reader is regaled with a bad character reference of him by his wife:

She prophesied that late or soon,
Thou wad be found, deep drown'd in Doon,
Or catch'd wi' warlocks in the mirk,
By Alloway's auld, haunted kirk.

Tam's wife, Kate, is portrayed as an authority to be feared. Then:

Tam continues to drink and even flirts with the landlady of the pub. Eventually he mounts up and rides off on his grey mare Meg, for his long, dark, lonely ride home. Burns emphasises the spooky character of the Ayrshire countryside Tam has to ride through—but of course it is much easier as he is drunk:

The sight he sees is Alloway Kirk, ablaze with light, where a weird hallucinatory dance involving witches and warlocks, open coffins and even the Devil himself is in full swing. The scene is told with grimly enthusiastic gothic attention to detail. Tam manages to watch silently until, the dancing witches having cast off most of their clothes, he is beguiled by one particularly comely female witch, Nannie, whose shirt (cutty-sark) is too small for her. He cannot help shouting out in passion:

Weel done, Cutty-sark! And in an instant all was dark:

There is a chase and Tam’s evident pride in the ability of his horse is justified as she is able to help him to "win the key-stone o' the brig". (Witches and warlocks cannot cross running water.)

They only just make it though, as Nannie, first among the "hellish legion" chasing, grabs the horse's tail, which comes off. In fine, tongue-in-cheek moralistic mode, the poem concludes:

The poem first appeared in the Edinburgh Magazine for March 1791, a month before it appeared in the second volume of Francis Grose's Antiquities of Scotland, for which it was written. Robert Riddell introduced Burns to Grose. According to Gilbert Burns, the poet asked the antiquarian to include a drawing of Alloway Kirk when he came to Ayrshire, and Grose agreed, as long as Burns would give him something to print w

A Tam o' Shanter (often abbreviated Tam) is a Scottish style hat originally worn by men. The hat is named after a character in a poem written by Robert Burns in 1790.

The Tam o’ Shanter is a Scottish bonnet worn by men.However, women have adopted a form of this hat known as a “Tam” or a “Tammy.” The hat is usually made of wool and has a toorie (pom-pon) in the centre. It is a floppy type of hat with the crown sometimes twice the diameter of the head. Named after Tam o' Shanter, a character in the poem of that name by Robert Burns. [1] Originally, the hat was made only in blue due to the lack of chemical dyes ("blue bonnets"). [2] The hats are now available in tartan and a wide variety of colors. Tam o Shanters are a casual alternative to the Balmoral and the Glengarry in Highland dress, and are part of the uniforms of a number of military units.

Military use
Tam o'Shanter (TOS) headdress, is worn by the Royal Highland Fusiliers Battalion of the Royal Regiment of Scotland, featuring a unit badge on a ribbon cockade and a feather hackle

A form of Tam o' Shanter called the General Service Cap was worn during World War II by the infantry regiments of the British and Canadian armies instead of berets (which were made standard in the postwar years). They were plain khaki in colour and were stiffer than civilian Tams. Today, the Scottish Division and some regiments of the Canadian Forces continue to wear the Tam o' Shanter (abbreviated to TOS) as their "battle headdress"; it has a narrower, flat crown, with Highland battalions shaping theirs sloping down from back to front and the Lowland battalions wearing theirs with the excess material pulled to the right side, similar to a beret. The different battalions of the Royal Regiment of Scotland identify themselves by wearing distinctively coloured hackles on their Tams, and soldiers of The Black Watch of Canada wear a red hackle on both their duty Tams and dress balmorals.

Some regiments of the Canadian Army wear different coloured toories: the Royal Highland Fusiliers of Canada have traditionally worn dark green; The North Nova Scotia Highlanders wore red toories during the Second World War; and the Stormont, Dundas and Glengarry Highlanders wore blue. Most regiments wear a khaki toorie, matching the hat. In many regiments it is traditional for soldiers to wear a Tam, while officers (and in some cases senior non-commissioned officers) wear the Glengarry or the Balmoral.

The Tam o' Shanter was traditionally worn by various regiments of the Australian Army which had a Scottish connection. B (Scottish) Company 5th/6th Battalion, Royal Victoria Regiment[3] wore both a khaki and blue bonnet at various stages. It appears this has now been superseded by the Glengarry.

Queen's University in Kingston, Ontario, Canada has a tradition of providing every first-year student with a Tam when they first enter the university. Each faculty has its own coloured toorie on the top. This tradition reflects the school's Scottish origins. A large, floppy form of Tam is used as part of academic dress (e.g., in graduation ceremonies), especially in the US. It is worn by a holder of or candidate for a doctorate degree as an alternative to the mortarboard or Tudor bonnet. In this context, the cap usually has four, six or eight side gores around the head, and may not have a circular crown, but one with angles where the gores meet.[4][not in citation given] 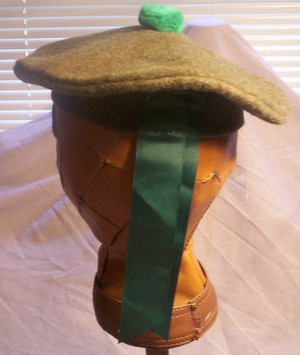