A musician and composer, Vince can be found performing a wide variety of music on hammered dulcimer throughout the US, Canada, and Europe. 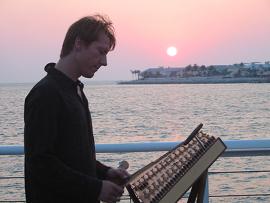 Welcome to Vince Conaway Online! A musician and composer, Vince can be found performing a wide variety of music on hammered dulcimer throughout the US, Canada, and Europe. Vince's music is a combination of medieval and Celtic styles, coupling the passion of Irish music and the stateliness of ancient forms. 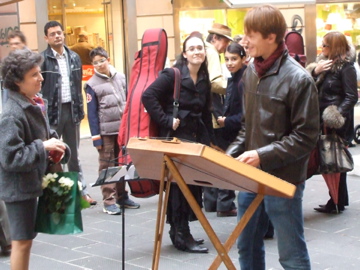 Vince is an interactive performer, believing that the audience should not be separated from the show but instead be a part of it. One of few dulcimer players to converse while performing, he also brings a bit of cultural and historical perspective to every performance. Whether performing Living History, at a bookstore, or busking on the street he holds to his guiding principles of musicianship, showmanship, and professionalism. 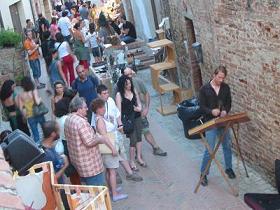 "If you ever have a chance to watch him perform (he's usually playing at renaissance festivals and the like), go ahead and ask him a geeky question. Odds are that he'll have an answer - and that he'll keep playing while he talks" - Medieval Cookery

Enjoyed at the Faire 6 Replies

Distractions From The Muse

You need to be a member of Vince Conaway to add comments!