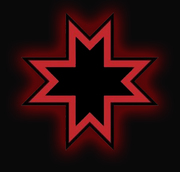 The old English greeting, "Wes Tu Hal!" literally translates to the modern English, "How do you hail?" The question was a typical greeting in Saxon England. A non-profit historical educational organization.

Markland is a non-profit historical educational organization, incorporated in Maryland and operating mostly from the Virginias through the New York City area. They re-enact medieval life by constructing and using reproductions of the periods accoutrements, and generally have a lot of fun educating the public (and each other) with what they have learned in the process. Feel free to come to our events and browse around. We'd love to hear from you. But be careful! You might just learn some medieval history at the same time.

What They Do
• Rec
• Frat
• Living History
• Fencing
• Feasts
• Music and dance
• Demonstrations
COMBAT
One of Markland's most popular and visible activities is fighting, which takes one of two forms: Re-creation or "rec" ("Fake fighting with real weapons"), and Fratricidal or "frat" ("Real fighting with fake weapons").


Rec Fighting is staged or choreographed, with realistic weapons (blunt), in which the combatants are working together to put on a display, not competing or trying to hit each other. Battle reenactments such as Hastings and fights put on for the public at fairs or parades are typical of rec fighting. Since these are public shows the participants need to have appropriate garb and equipment, though this may vary according to circumstances. New rec fighters must use wooden weapons until they have been qualified to use steel, and of course all fighters must follow the safety rules. For guidelines on historically accurate clothing, please read the Markland Basic Clothing Standards.


Frat Fighting is a competetive sport in which the participants try to eliminate their opponents using weapons that are specially constructed for safety. A certain amount of functional armor must be worn, though like the weapons it is not necessarily historically accurate in appearance. Frat fights can be one-on-one or involve dozens of fighters per side. Frat wars last a weekend and have several different battle scenarios each day.

LIVING HISTORY
Markland's living history displays are an important part of their educational status, as well as being fun. They have a number of different historical groups or camps, some of which are official Markland groups, while others are simply common interest activity groups. At most of Markland's own events you don't have to part of a group to participate. Some people have their own activity to display and share, such as spinning wool into thread, and others just hang out. At events where Markland is just one of several organizations involved, you might need to be a member of a participating group in order to take part. There may also be style clothing or other requirements for an event.

FEASTS are non-public events, meaning that there is no audience. They are for food and fun, and you need a ticket to get in. Sometimes there will be a theme which attendees are encouraged to follow. Feasts may be fully provided, meaning your ticket gets you a complete meal; or partly provided, meaning only certain items are provided and you must bring anything else that you want. In any case, you'll need your own dishes and utensils, and most people also bring candels, tableclothes, etc. There may be live music, dancing, and more.

The Order of the Crimson Coast

Order of the Golden Lion