“In the beginning, prior to the creation of the Earth, the gods resided in an undifferentiated celestial domain and humans lived in an indescribably subterranean world devoid of culture.

Chief among the gods were Takushkanshkan (“something that moves”), the Sun, who is married to the Moon, with whom he has one daughter, Wohpe (“falling star”).

Old Man and Old Woman, whose daughter Ite (“face”) is married to Wind, with whom she has four sons, the Four Winds. 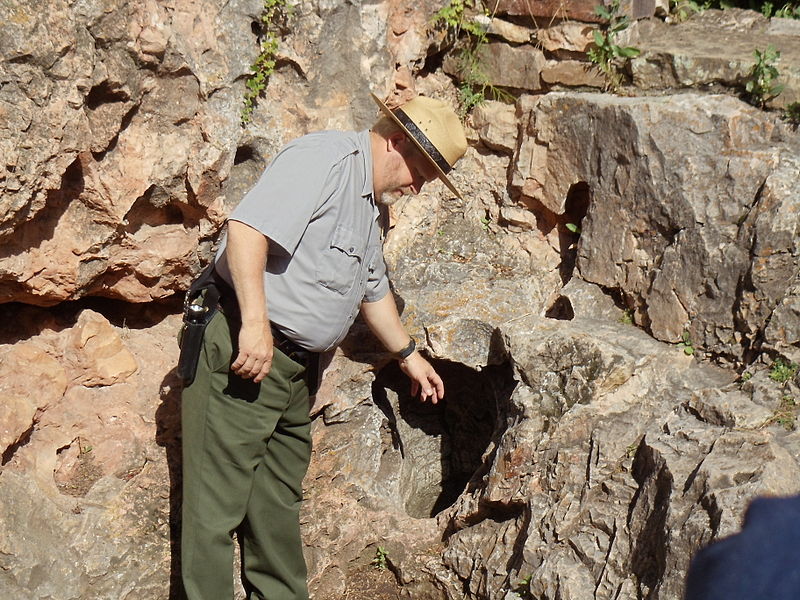 Among numerous other spirits, the most important is Inktomi (“spider”), the devious trickster. Inktomi conspires with Old Man and Old Woman to increase their daughter’s status by arranging an affair between the Sun and Ite.

The discovery of the affair by the Sun’s wife leads to a number of punishments by Takuskanskan, who gives the Moon her own domain, and by separating her from the Sun initiates the creation of time.

Old Man, Old Woman, and Ite are sent to Earth, but Ite is separated from the Wind, her husband, who, along with the Four Winds and a fifth wind presumed to be the child of the adulterous affair, establishes space.

The daughter of the Sun and the Moon, Wohpe, also falls to earth and later resides with the South Wind, the paragon of Lakota maleness, and the two adopt the fifth wind, called Wamniomni (“whirlwind”).

The Emergence
Alone on the newly formed Earth, some of the gods become bored, and Ite prevails upon Inktomi to find her people, the Buffalo Nation. In the form of a wolf, Inktomi travels beneath the earth and discovers a village of humans. Inktomi tells them about the wonders of the Earth and convinces one man, Tokahe (“the first”), to accompany him to the surface.

Tokahe does so and upon reaching the surface through a cave (Wind Cave in the Black Hills), marvels at the green grass and blue sky. Inktomi and Ite introduces Tokahe to buffalo meat and soup and shows him tipis, clothing, and hunting utensils.

Tokahe returns to the subterranean village and appeals to six other men and their families to travel with him to the Earth’s surface.

When they arrive, they discover that Inktomi has deceived them: buffalo are scarce, the weather has turned bad, and they find themselves starving. Unable to return to their home, but armed with a new knowledge about the world, they survive to become the founders of the Seven Fireplaces.”

Metaphoric memories the story tellers remember a time of giants here gods are the first living form fashioned from rock formation seems a common theme memory eternal pathways where history is within a blinking of an eye years are seconds of this planet that should not even exist,one hundred living forms that controlled the universe in Atlantis nothing else existed only a grid of future past existences the infinite battle against elements be it good and evil what remains of humanity not just a fairy story