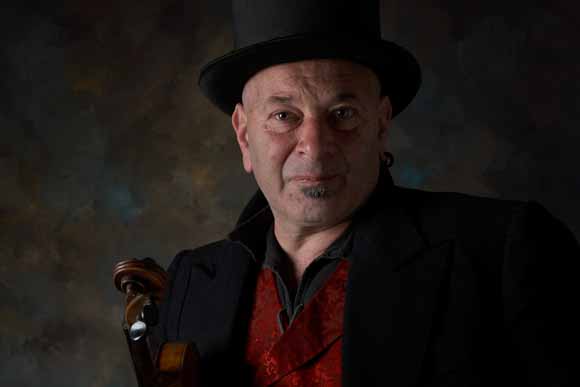 Kenny Klein is a champion fiddler, a guitarist, singer and all-around performer, a veteran of Renaissance Festivals, concert halls and smokey Country bars.

Well known for both serious songs and for his tongue-in-cheek, spry lyrics, Kenny performs such original songs as "Maria's Not A Catholic Anymore," "Goth Girl Blues," and his show ender "What Do You Do With An Old Dead Gerbil?". His stories of renaissance festival life and of the streets of New York are seriously funny. 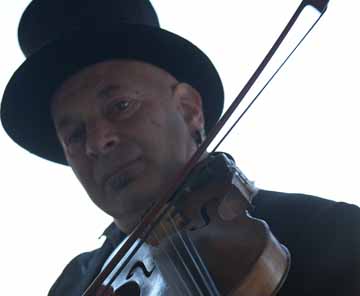 The Faeries of Shakespear (article)

Through the Faerie Glass (book)

Meet Me in the Shade of the Maple Tree

You need to be a member of Kenny Klein to add comments!

The FishBird Kickstarter has raised 55% of goal. That's the good news. The bad news is, there are only 11 days left to raise the other half.

If you have already pledged, thank you so much! We love you!

If you have not, please consider a pledge. The minimum pledge is $5, and you get great prizes at every level. If you've ever wanted one of my creepy dolls, well, those are part of the higher packages, and at just what I would charge to simply sell the doll! Same with artwork, especially one of my hand painted antique wooden violin cases. Plus you will be helping a great band get on the road and record our CD.

If you have already pledged, or if you cannot afford a pledge at this time, please spread the word. tweet, re-post, and share the FishBird Kickstarter website! Tell friends and family! Rent a Billboard! (OK, number three might be extreme).

Thanks for your support. Comment by Dept of PMM Artists & things on October 4, 2011 at 3:20pm
Kennyfiddler has sent you a message on PaganSpace.net The Social Network for the Occult Community

------------
I started a new Blog, in which I plan to cover pretty much any topic I find interesting or funny. Busking, dolls, New Orleans life, growing up in NYC in the 70s and 80s...it will all be discussed. Join me there at http://kenny-klein.blogspot.com/
In other news, I am now living in New Orleans, and I am taking students in my Wiccan group. If you know anyone looking for a New Orleans area traditional Wiccan coven, send them my way.
Blessed be
------------

In June,..Live at Mystic Moon!

Kenny Klein is a well known musician, author, and lecturer in the Pagan community. Kenny has recorded many CDs geared toward Pagan and Renaissance Festival audiences; He is the author of The Flowering Rod, Men, Sex and Spirituality, (Immanion, 2009), a book about men's Wicca, and Through the Faerie Glass: A Look at the Realm of Uns...een and Enchanted Beings (Llewellyn Worldwide, 2010). Kenny has been a presenter and musical performer at dozens of festivals, including Pagan Spirit Gathering, Free Spirit Gathering, Heartland festival, Starwood, PantheaCon, Ancient Ways, Florida Pagan Fest, and many others. Visit Kenny's website at http://www.kennyklein.net/ , and at www.myspace.com/kennykleinmusic.