Masher Llewdwellyn has not received any gifts yet

Tell us of your likes and dislikes. Music? Tv/Movies? Books? What do you like to do in your spare time?
Music, books, TV, Movies, Food. My Passion is Morris Dancing and Brewing Beer

Are you currently living what may be considered an alternative lifestyle? For example, are you a traveling artist, practicing a non-mainstream spirituality, or part of a BDFSM lifestyle?
Yes, in several ways I am different from the Mainstream

What does the older knowledge of legend, myth, lore, story, tale, wisdoms mean to you?
I was brought up on it, by my Gran. It means a lot to me, it tells me about where I come from, it forms a deal of who I am.

Do you belong to any organizations; re-enactment based (i.e. households, tribes, clans), spiritual based (i.e. covens, orders, or other pagan groups) or other? If so which ones and where?
I am Morris Dancer, in two different groups. One is Cotswold style, the other Border style, Morris. I am a solitary practictioner. I am based in the Twin Cities in MN

If not of the older life styles, how tolerant are you ?
I am very tolerant. I am who I am, and I do not apologize for it. Don't try to force me into a specific mold, I don't tolerate that. I believe strongly in accepting, and respecting others. I believe in agreeing to disagree. I am a mixture of modern, and ancient, and I like it that way.

Have you ever been to a Renaissance Faire or Medieval Fest? If so, which did you prefer? If not, which would you rather attend? Would you rather be a participant or spectator? Please relate to us your experience!
I currently perform at the Mn Ren Fest as a Morris Dancer. I have also been a musician there. I have been to a number of Fests/Faires, of all sizes and have never run into a bad one. Just some that are better than others

Do you have any artistry, crafting, and trade… what do you create, Please share your talents with us.
I am a Morris dancer, first and foremost. I play the Bodrhan, I sing, I play a couple of instruments. I also teach Morris dancing. I also brew some very good Beer.

What is the best way to contact you if your talents are skills are desired?
Email me

Please answer all questions honestly and openly so staff and members can get to know you. Approval of your application will be based upon your answers. Any thing else you would like to tell people?
I am, who I am. A person who grew up with song, and dance, and knowing my progenitors. I am a mixture of ancient, and modern. I am different in many ways from the maistream, but I am also a private person. I'm the guy who will talk to anyone, make them comfortable, listen to what they have to say. I give respect, and I expect it back, but I am not overbearing. People like to be around me. 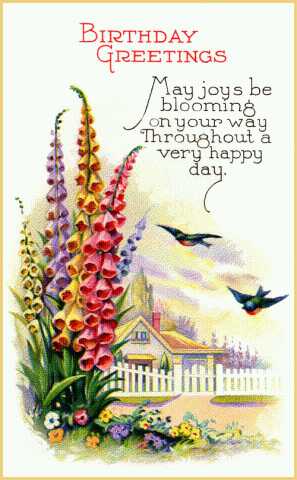 Lee and I will not be at Merlin's on Saturday.  I have step and not enough energy to leave the house.  Keep me posted on other performances we can attend :-D Good to know another one whom enjoys Faire and willing to be called a friend. Take a look around... Join some groups... post some blogs or pics.
But most of all Have fun!!!
Many Blessings
Denise

I have plans during the day but will see if we can make it to Merlin's :D

If you want we have this:

If you wish to tell of your dances and let others get to know what where and of them as well.

We would love to come to the next pub crawl :D Keep me posted on dates and times.

I thought I recognized Merlin's Pub...I've been there a few times :D

Love the new group!  It looks like a fun time!  What pub where you at?

It's always fun at fest!  Thanks for playing along with me too :D  Lee and I haven't talked about when we will be out at fest yet.  Due to health issues I will not be working at fest this year and I don't know how often I will make it out.