Military History and Warfare: The purchase of Commissions in the British army by Alex 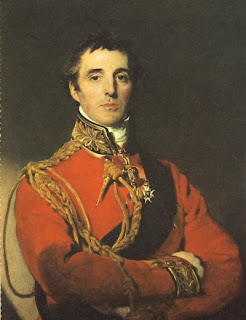 Up until the ‘Cardwell reforms’ of 1871, it was common practice for officers in the British army to buy and sell their commissions. The origins of this system are uncertain. However, throughout Europe during the late medieval/early modern period mercenaries were raised on the expectation of profit (rather than wages). Therefore it was expected that those involved should purchase a share in the undertaking guaranteeing them a portion of the booty. Since profits were shared out according to rank, it became customary to charge different amounts depending on the seniority of the rank. Hence the term mercenary ‘company’.

Although the buying and selling of commissions was common practice throughout most European armies in the seventeenth and eighteenth centuries, it was during the restoration of Charles II to the throne of England that began the widespread practice in the British army. After the experience of the English Civil War, the idea of maintaining a standing army was considered to be dangerous to the liberty of the country. Given that the King was dependent upon Parliament for funds, he had great difficulties maintaining a sizeable force. By offering commissions to those willing to pay, the monarch was able to maintain a standing army without recourse to the public purse. Since Colonels were expected to clothe and fed their regiment, a peacetime army was relatively inexpensive. It is during wartime in the supply and maintenance of a campaigning force that armies become expensive (although Gustavus Adolphus tried to solve this problem by ensuring that his forces attacked and sustained themselves from enemy territory).

The system remained relatively informal in the early part of the eighteenth century. However, in 1719 King George I issued a royal warrant establishing a fixed tariff of prices for each regiment. Further regulations from the Crown in 1720 formally acknowledged purchase as a viable means of promotion within the army, but ensured that the sale and collection of monies remained firmly with the Crown.

As the system continued to develop in the British army, aspiring officers were able to purchase an annuity which would be redeemed upon retirement. If the officer wished for a higher rank, he had merely to pay the difference between his current rank and the rank he wished to attain. As a result, officers frequently moved regiments when vacancies became available in more senior positions. The system also meant that only the very rich could aspire to key positions of command within a regiment. Having a successful military career and being an effective commander were therefore not always synonymous. For less financially well-off junior officers, promotion could only come through active service. If an officer died whilst on active service, their commission would automatically be forfeit to the Crown. However, to enable the army to continue to function on campaign, the next most senior officer was promoted in his place without having to pay money. This would then result in another vacancy emerging lower down the ranks until all had been promoted on the basis of seniority.

Like any system of trading, agents were required to carry out the business of trading. Many of the purchases of ranks were carried out by agents based in London who acted as middlemen between the Crown (who sold the commissions) and the officers who bought them. Unlike the lower officer ranks, Generals could not purchase their positions. They were appointed personally by the Crown. This probably started out as a means by which the monarch could ensure the loyalty of the most senior commanders in his army.

Towards the middle of the nineteenth century, there was growing criticism of the buying and selling of commissions. Although the system had enabled highly successful commanders like the Duke of Wellington to emerge, he cast a long shadow across the nineteenth century. Defenders of the system (of which the Duke was one) pointed out that the British army had been hugely successful as an institution. However, Wellington’s success disguised the face that many considerably less successful commanders owed their position entirely to personal wealth rather than talent for war. The poor handling of the Crimean War exposed many of these failings in the British army.

In 1856, a Royal Commission was appointed to investigate the ‘System of Purchase and Sale of Commissions in the Army’. Unfortunately few of the recommendations of the Commission were taken up and the debate over the merits of the system continued during the 1860s. House of Lords opposition to the banning of the practice resulted in a Royal Warrant 1871, heralding the Cardwell reforms and a new era of army officer.