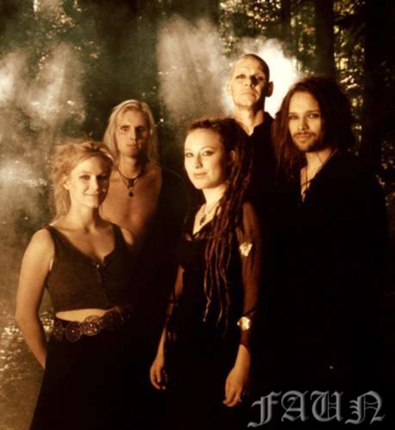 Faun is a German band formed in 2002 who play pagan folk , darkwave and medieval music . The originality of their music style is that they fall back to "old" instruments, and the singing is always the center of attention. The vocals are performed in a variety of languages, including German, Latin, Greek and Scandinavian languages. Their instruments include Celtic harp , Swedish nyckelharpa , hurdy gurdy , bagpipes , cittern .

Biography
The band was founded in 2002 by Oliver "SaTyr" Pade , Elisabeth Pawelke , Fiona Rüggeberg and Birgit Muggenthaler . Two years later, Rüdiger Maul got into the band as percussionist. At the same time, Birgit left the band, to continue her musical life with the folk-rock band Schandmaul . In 2002, they released their first album Zaubersprüche . Niel Mitra was a guest musician on this album, and he later became a full-time member of the band, the only one playing only electronic instruments. Elisabeth Pawelke left Faun in 2008 to focus on her studies in classical song in Basel , Switzerland . She was succeeded by Sandra Elflein who left Faun in April 2010 due to a pregnancy and health issues. Singer and multi-instrumentalist Rairda replaced her.

Style
Music
To express their own bond with nature the band coined the term "Pagan Folk" for one style of their concerts. While the term was initially used for electronically amplified concerts only, it is now used by fans and band for their music itself. A quote by Oliver Pade reveals another possibility for having chosen this specific term: "We don't know ourselves what kind of music we play, so we call it paganfolk" (Oliver Pade 2004 in a song announcement at the 2004 Summer Darkness in Utrecht , Netherlands ).

Faun's repertoire ranges from melancholic ballads to exuberant dances like the Brittanic An Dro . Thereby they set historical tunes from various periods and regions to music and on the other hand create a lot of own compositions as well.

The debut album Zaubersprüche deals mainly with slow ballads from the era between the Late Middle Ages and Romanticism . The instrumentation is kept entirely acoustic and waives modern instruments and electronic beats. The second album features far less ballads but offers considerably more danceable tunes like Andro, Unda or the double song Dava/Punagra.

Meaning of the name

The band's logo
The name Faun comes from ancient Greek -Roman mythology, where it equals the herders' deity Faunus or Pan . According to the band, this figure which is often also depicted as a natural or forestal spirit, shall express the members' connection with nature. For the same reason Oliver Pade's pseudonym is the Satyr , who is closely related to Faunus. 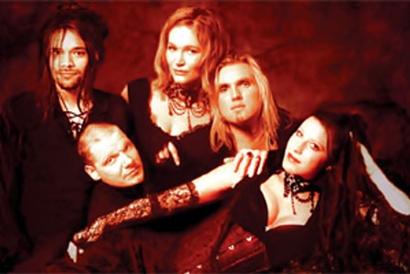 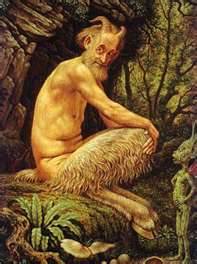