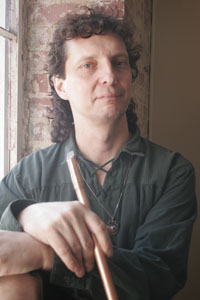 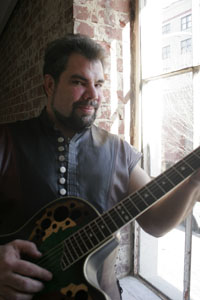 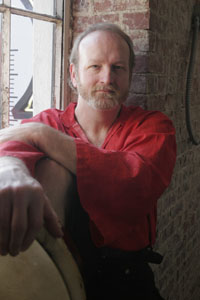 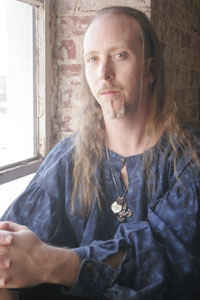 Brian Sullivan, Arthur Hinds, Larry Morris and Clyde Gilbert formed Emerald Rose in late 1996. The band performed their first live professional gig on St. Patrick's Day, 1997. Inspired by the energy the four created together on stage and in the studio, Emerald Rose released their first self-titled CD in 1998. Since then, Emerald Rose have released seven more independently produced

Emerald Rose is one of the top Celtic folk-rock bands in the Southeast US. A rich "world fusion" sound with influences ranging from the Chieftains to Jethro Tull has given this band a ten year career and national following. The band's original lyrics address everything from Celtic myth to modern science, often with a touch of humor. Blending vocal harmonies, pennywhistle and world percussion with driving guitars and bass, their sound is "rock-n-reel" but not ear-splitting.

Emerald Rose music has been included in two soundtracks, 'Ringers' (about Lord of the Rings fans) and 'Done the Impossible', about the Firefly/Serenity series. They were headliners for the Lord of the Rings Oscar parties in Hollywood in 2003 and 2004. The band performs across the USA and has led multiple tours of Ireland. The band frequently performs at Celtic festivals and sci-fi / fantasy conventions.

"Hauntingly beautiful poetic lyrics and the knack for crafting a solid and fluid arrangement. They are tight, close and cohesive as a group, and their latest release represents their roles as musical veterans reaching for the path of musical legends." - Performer Magazine


Logan began his musical career as a teen rocker in the small town of Paducah, Kentucky, covering classic rock bands and early New Wave styles. Looking for new horizons, he pulled up roots and went adventuring in Florida, studying drama and acting. Logan embarked upon a "real career" at New College in Sarasota, eventually earning a degree in archaeology and anthropology with extensive field work in Yucatan. Music continued to call, though, and his discovery of Scottish band Silly Wizard led him to the rich musical traditions of Irish and Scottish folk fusion. Sharing these songs around the campfire led to informal jam sessions and eventually resulted in the decision to start a new band with a Celtic theme. These diverse influences - from classic rock to Celtic folk - can be heard in the "Emerald Rose" sound, which often combines rock power chords and leads with Irish traditional dance tunes or Jacobite songs of rebellion.
Logan provides the overall musical and business direction to Emerald Rose in close collaboration with the rest of the "ER team." He is also a professional in neuromuscular and myofascial therapy, and co-manages a wellness clinic and 60-acre retreat in North Georgia.


A Georgia Tech graduate and software professional by training, Larry took up African and Latin drumming as a hobby in the '90s, followed shortly by the Irish whistle (pennywhistle). These interests, along with songwriting, came together around 1997 at the time of the band's formation. More recently, Larry has taken up the Irish bagpipes (uilleann pipes) to add another dimension to the band's sound.
Larry has also penned some of the more zany and offbeat songs of questionable traditional value that Emerald Rose brings out on occasion, including "Vampire Girl from Orn" and "Chicken Raid of Cymru."


Arthur has been writing songs since about age five with few interruptions. He became a guitarist/singer/songwriter in high school, graduating from North Atlanta's Center for the Performing Arts. He then embarked on a solo career both in Atlanta and in New York City, performing both original songs and covers of Jackson Browne, Jimmy Buffett and others. In the process he discovered more Celtic influences, starting with Jethro Tull and including the Battlefield Band, Steeleye Span, and the Tannahill Weavers. Eventually his major songwriting influence became Robin Williamson (of the Incredible String Band) and more mythical and spiritual influences came to the fore.
Today Arthur writes many of the band's favorite compositions with arrangement assistance with the other members. He also adds exciting percussive energy with the Irish frame drum called the bodhran (pronounced Baw-ron).


Clyde's diverse past includes service in the KISS army and devotion to other heavy metal bands, a liberal dose of reggae, and a continuing Gothic influence both in music and in real life. Unable to escape the persistent call of sad Scottish and Irish ballads, however, he has turned down the volume and speed knobs to become an essential part of Emerald Rose's sound, lending an understated bass foundation and enhancing songs with various percussion elements and vocals. Clyde's other pursuits include gem and jewelry crafting, anime, Sci-fi, mythology and mystical traditions. He is currently exploring linkages between ancient Celtic mythology and Japanese Shinto.