RSVP for All Souls Day to add comments! 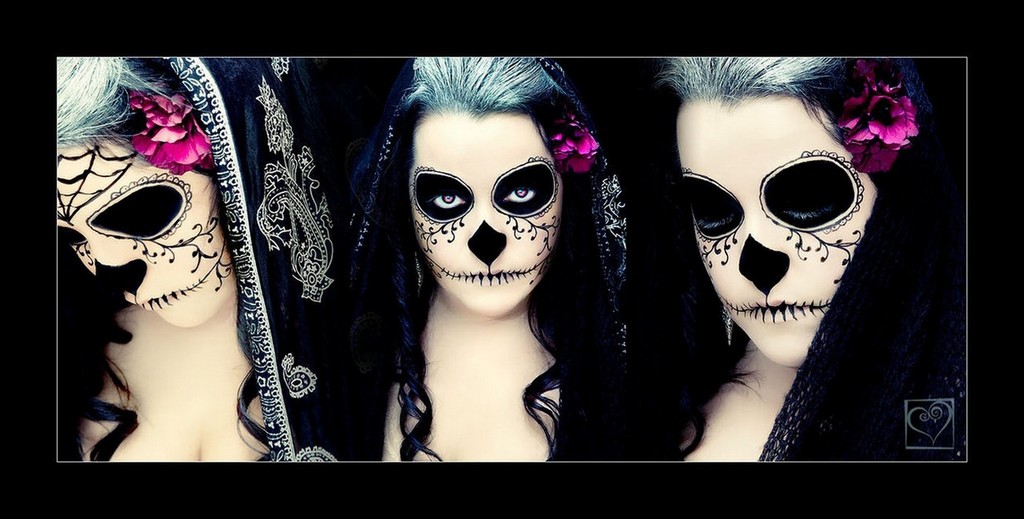 All Souls' Day
November 2nd is celebrated as All Souls' Day. It is another Catholic day of remembrance, but this one for to remember friends and loved ones who have passed away. All Souls' Day is a day filled with prayer for the souls who died. All Souls Day may be related to Celtic Festival of the Dead, or Time of Samhain.

The Time of Samhain was the time of the year when the ghosts of the dead were thought to be able to mingle with the living. During Samhain the souls of those who had died during the year traveled from the otherworld and returned to share a meal with the family--a similar concept with the Day of the Dead Celebrations.

Laughing in the Cemetery on Day of the Dead Day of the Dead (El Dia de los Muertos) - Remembering the Dead
One of the more interesting aspects of the Day of the Dead, for those of us not raised with the holiday, is the a great deal of the celebrations occur in a cemetary. These celebrations are not sorrowful, solemn ones, rather they are times of cheer and even laughter.

The Day of the Dead is a happy time, not one for mourning. People sit on the decorated graves, share stories and memories, sing songs, play music, spending the night with the spirits of their departed loved ones, who according to legend, return during this special time of the year. Many people not raised with the tradition of the day of the dead find solace in this lighter, cheerful, family-oriented approach to the subject of death.

More Photos of Day of the Dead - Cemetary Observances
Cemeteries, graves and mausoleums of loved ones who have died are adorned with special flowers and food, candles, music, photographs and other treasured objects by families and friends as an key part of El Dia los Muertos celebrations.

Suzanne Barbezat, About’s Guide to Mexico for Visitors, gallery of photos includes many images of the celebrations occuring in the cemetery during this time of celebrating life and remembering the dead. This collection of photos of the Mixquic Cemetery taken by Federico Mena-Quintero really captured the laughter and the celebrations of the holiday and show how much this holiday is a celebration of life--not a time of sorrow.

All Saints' Day is a day of dignity and reflection. The custom of lighting candles on family graves is still widely practised, and anyone travelling trough Sweden on this weekend is met by some beautiful scenes. With luck, the first snow has fallen over the country’s cemeteries.

The countless points of light from the candles and lanterns placed on graves form beautiful patterns in the snow and lend a special feel to the landscape. People also lay flowers and wreaths on graves on All Saints' Day. A jar of flowering heather stands up well to the cold.

In southern Sweden, outdoor work is nearing completion, while in the north, All Saints' Day marks the first day of winter and the traditional start of the alpine ski season.

Until recently, shops and stores were closed to mark the occasion. Although this is no longer the case everywhere, most Swedes take the day off, and those who don’t visit cemeteries usually stay at home with the family and cook an ambitious meal of some kind. Many churches organise concerts to celebrate All Saints' Day.

In AD 731, 1 November was designated a day of remembrance for saints of the church who had no days of their own. From the 11th century, 2 November was dedicated to all the dead, of whatever standing, and was called All Souls’ Day. It was widely observed by the populace, with requiems and bell-ringing, but was abolished with the arrival of the Reformation. In 1772, All Saints’ Day was moved to the first Sunday in November and in 1953 to the Saturday between 31 October and 6 November.

In olden days, graves were decorated at Christmas time, when small candle-lit Christmas trees were placed on the graves of young children. In the 20th century, however, people began putting lighted candles on the graves of the departed on All Saints’ Day. This custom originated with wealthy families in towns and cities. But after the Second World War, it spread throughout the country, beginning in the Stockholm region. Churches also began holding services of light to mark the day.

Cream the butter and sugar together in a bowl until fluffy, then beat in the egg yolks. Sift flour and spices, add and mix to a stiff dough. Knead thoroughly and roll out, 1/4 inch thick; cut into 3 inch rounds and set on greased baking sheets. Prick cakes with a fork and bake; sprinkle lightly with powdered sugar while still warm.

Before the Reformation, it was customary for poor Christians to offer prayers for the dead, in return for money or food (soul cakes), from their wealthier neighbours.

During the 19th and 20th centuries children would go 'souling' - rather like carol singing - requesting alms or soul cakes:

A soul, a soul, a soul cake.
Please good missus a soul cake.
An apple, a pear, a plum or a cherry,
Any good thing to make us merry.
Up with your kettles and down with your pans
Give us an answer and we'll be gone
Little Jack, Jack sat on his gate
Hooden horseCrying for butter to butter his cake
One for St. Peter, two for St. Paul,
Three for the man who made us all.

The 'Soulers' would go around the houses singing this song and often joined by their old friend, the hobby horse - only at this time of the year, he is called the Hooden Horse

In the year 835 AD the Roman Catholic Church made 1st November a church holiday to honour all the saints. This feast day is called All Saints' Day.

All Saints' Day used to be known as All Hallows (Hallow being an old word meaning Saint or Holy Person). The feast day actually started the previous evening, the Eve of All Hallows or Hallowe'en.

Christians remember all the saints

On Saints' Day, Christians remember all 'men of good will' (saints), great ones and forgotten ones, who have died through the ages.

Saints are men and women from all ages and all walks of life, who were outstanding Christians. Some - the martyrs - died for their faith. All of them are honoured by the church.

All Saints' Day, together with All Souls' Day are know collectively as Hallowtide.

All Saints' Day, feast of the Roman Catholic and Anglican churches, and day on which churches glorify God for all God's saints, known and unknown. It is celebrated on Nov. 1 in the West, since Pope Gregory IV ordered its church-wide observance in 837. Its origin lies earlier in the common commemorations of martyrs who died in groups or whose names were unknown, which were held on various days in different parts of the Church; over time these celebrations came to include not only the martyrs but all saints. During the Reformation the Protestant churches understood “saints” in its New Testament usage as including all believers and reinterpreted the feast of All Saints as a celebration of the unity of the entire Church. In medieval England the festival was known as All Hallows, hence the name Halloween [=All Hallows' eve] for the preceding evening.