My new books soon to be available on Amazon.com

greetings all,the two new books will soon be up and available on Amazon.com

The Heart i let you take

My hourglass is out of sand,
time just slipped right through my hand,
my knees are week, now I can't stand,
I'm drowning with no sight of land,
all I need is in your eyes,
but you told me your last good-byes,
said you'd had it with my lies,
you saw right through my used disguise,

Well here I am, I'm on my knees,
begging you, I beg you please,
just look now into my eyes,
and say that you do realize,
that…

It's time Indians tell the world what we know . . . about Nature and about God. So I'm going to tell what I know and who I am. You better
listen. You've got a lot to learn.

Variation Of A Mood

This is an ongoing collection of poems I have written so far in 2010. I kind of have them arranged like I would envision them in a book.

I
I’ve heard from a rumor that I am ahead
I am my shadow, sleeping still in bed
My voice not distinct, barely a whisper instead
Severed at the root, gutted, I’m in red
Dying a flower, curling in the… Continue

For my first blog, I thought I would share from my journal, some scribblings and poems I wrote this year in 2010.


On the dark sky there smiles a rainbow. In the dark mouth are all the colors, the universe gave us. For this day, we stand in fear, but it gave us this life each other, and this moment to see the smile of our world still a wash from the rain under a dark cloud. With a billion suns we are particles of thought sparked by the divine.


See all the sounds about… Continue

Black Angus is Back!

Hello All You Beautiful People!

I am back! I am trying to buy a house in Warren, Ohio. It is very small and we have alot of stuff to get out of storage and into the house, But we have electricity, heat and internet. Now we just need to sell enough to pay for all of them! Any Ideas?

Anyway I came here being promised a job that seems has fallen through. I have been trying to sell stuff on Ebay, Etsy and through other means, but even with all of the great comments on my stuff…

For Lady Isabell Demona let this be a starting 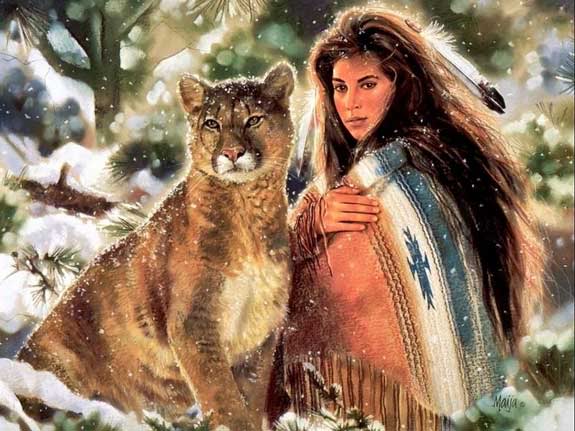 The cougar (Puma concolor), also known as puma, mountain lion, mountain cat, catamount or panther, depending on the region, is a mammal of the family Felidae, native to the Americas. This large, solitary cat has the greatest range of any large wild terrestrial mammal in the Western Hemisphere, extending from Yukon in Canada to the southern Andes of South America. An…

WE ARE THE HORSEMAN…

Who says you can't go back to school when you live at your mother's with your three-year-old son? I'm not sure that it's going to happen, but I'm working on geting my ducks in row to start the process. To do what I want it looks like it's going to take at least three years between what I have to take to get into the program I want to be in and the program itself. We'll see what happens. I have a meeting on campus this week.

Well, My dear Brothers and sisters and brothers, now I can feel the winds of change, I do open my ears, and let The divine great spirits of one, flowing through the cosmical air, unfolding the great wonders, this world as you know it is already changing, the fairies; creation of your mind and imagination have unleashed themselves into the wandering energy of electrical stellar radiation, a radiation hidden from the sight of human concience, self assurance is the key to spread the most possible… Continue

How does "Man" think he is more powerful than the Great Mother?
She, who birthed all life, and with her birth waters flooded the land to create the rivers and the seas,
She, who caused the plants to grow, and the trees to reach for the sky.
She, who can move mountains and sink Islands, with her breath she can wipe out a whole cities in a matter of moments.
With her tears she…
Continue

Tell me where they hide

Tell me where they hide, when they don´t show up...
If it is a secret, I don´t ask much more,
Just tell me that.
For my dreams talk to me...almost every night...
For they show me things, I try to figure out.
Maybe, I have turned blind, for I cannot finish to understand,
What they really want to tell me,
What the gods want me to find.
Tell me how they feel...when I don`t feel anything,
I just ask them to show me, how I can do it...How to go on...how… Continue

It begins on a grassy hill top under a giant old oak in the early spring morning .
In the valley there is a pond of good size . Around this pond it is lush and green with Life . I see the ferns growing out of the bright green moss that grows on the bark of the giant redwoods that flourish here .
I like to come here to rest and realize the blessings I have recieved in life .
Across on the other side of this pond is a giant mountain of granite that reaches deep into the beginning… Continue

Life or the be begining ? ?

I am the Tundra

Anything beneath me is refuge , or "Life"
Lifes a bitch sometimes ?
But , , the dream thats what keeps me alive ! ! !

Now..... in this time of holiday for most of the world everyone runs out to help the less fortunate have a "Happy Holiday". That is just dandy. Now during that time if you need help with a utility shut off you get told "there is no money". I have just recently experianced that. With all the fun we have been having with our money issues we have been trying to keep all "IMPORTANT" bills paid and on time which for us is electric and rent, our fuel oil got filled through a state benifit so I did… Continue

I'm really rather upset have found out that my wedding/handfast
day that was to be this summer will have to be postponed due to the
war overseas... our best man will be in iraq. I'd like to explode I really would but what good would it do? And who do I yell at? Can't yell at the best man..it's not his fault he got orders. Can't yell at the National Guard it's not their fault that they had to give him orders. So who do I yell at the president??? and if so which one?? I just can't win!!!

Black Angus the Homeless??? Don't read this message if you have a soft heart.

Sorry about the morose comment on my page everyone. I am going through some hard times right now and it could either go really good for me by the end of the year or REALLY BAD!
It seems like everytime I am about to get ahead I get kicked in the teath by life.
I found a profound nitch in acid etching for me at the beginning of the year. I aquired a new buisness partner that is trying to help us find and buy a house as well as keep me in buisness.
Then our land lord let the house… Continue

Yet I Remain The Same

As the moon clears the clouds
split in two with… Continue