For my David- Prayers and Healing Please!!

I have come to ask you for your prayers for my beloved David. I received a call Friday morning that he was in a diabetic coma and not expected to live beyond a few hours but most certainly not the day. We did not know he was diabetic. David also has some other medical issues such as COPD and high blood pressure.

As of Sunday I found out that David was taken off the sedative they gave him when they put the vent in. He has not…

Twas the month before Yuletide
And all through the land
People were rallying
and lending a hand.

There’s Mary Malone
who knits up a storm
To keep those less fortunate
toasty and warm.

Benny’s talent lies in baking
He bakes wonderful cookies and cakes
Benny has a secret
He shares everything he makes.

Olga keeps her coins
in the cushions of her chair.
Although her funds are… Continue

Purple Rose and her Child

I would like to send my best and some reiki to them both if that is ok and I hope it is ok to do what I am doing on this blog. I don't know her or her child but my heart goes out to those in pain. I don't know what happened but it does not matter I just know they are in the hospital and there is no improvement from what was said and I offer candle lighting and reiki healing energies being sent and offer to put them both in my reiki crystal healing grid. Many many healing blessing to them both.… Continue

NEED YOUR OPINION ON THIS PHOTO I TOOK YESTERDAY 'ANIMAL SPIRITS'

The following is a letter that I wrote to a friend of mine who is a paranormal expert:

I took this photo outside today. I took
others at the same time and, in the same place but they are okay, even

the color is right on them.

This is my familiar B W. Bat Cat. He is very intuitive, more than any

cat I have had in a long time. But the thing that gets me is, in this

Good to be Back!

Well, I'm happy to be back from my October travels and all caught up! Glad to see the site is buzzing with activity!
Tons of updates have been going on. If you haven't already noticed, the profile questions have been updated as well. Some of you may need to go back and revise your answers accordingly.
There have been talks about a monthly newsletter which I am very excited about. I think it will be an awesome addition for those that don't appreciate daily site…
Continue

Thanks For The Warm Welcome!

I am looking forward getting to know this place!
I hope to get some ideas on how I can set up a tent and go to a fair here in Denmark where I live. 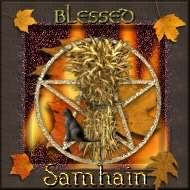 Signals. Everything gives them.

Greetings and well met all. To continue;
signals, How many signs can you read? Besides Highway signs. Read the Seasons do you? Know the trees and their names or uses, or the forest floor denizens. The five rivers of knowledge with which to learn? I have found that the pursuit of the future in the here and now. Is wasteful time. That you could spend better. after a time e'en the Knowledge of everything From the Micro to Macro.Til you have so much foreknowledge your just full of it,Is simply… Continue

Sometimes the gift is something we have to give up. Think about that and see how a smoker could be well rewarded with that gift. I never said it would be an easy thing to do. Then there's gifts to loyal companions. A necklace for the Lady. tools for a Lord,even armor for both.
Now do that with no reward expected or infered.
A gift of uniting for the simple joy of the partnership. The best Gifts are always to oneself, Knowledge, Enlightenment, Peace. A timely warning can be a gift.And… Continue


Latest articles by yours truly that may be of interest to some.

Well, Aleezabet was a feisty young woman beloved by her family who wishes to on the occasion of this Pennsic attempt to behave! No laughing here, I am watching. The beloved daughter of heart Ismenia and her Lord Ragnar suggested to her that there was…

A tunic is any of several types of…

A doublet is a man's snug-fitting buttoned…

From Wikipedia, the free encyclopedia…

Yes, its like the Mary Poppins' Bag of never-ending projects.
Our Thursday night meeting was relatively small but still very productive. I have a page of notes on improvements and expectations.
In a nutshell
-Get the inventory up to speed.
-Get our artisans in a row.
-Invite and make welcome.

The Facebook fanpage is in slightly better standing though the Facebook staff could stand to communicate more. If you are a facebook user, please stop in and say hi! I am very… Continue

Yes, progress has been made and can be seen! I believe I am well on my way to conquering the beast we lovingly refer to as The Castle Life Department. I've also taken the reigns of the Facebook fanpage. I hope to see you all there as well!
Once Mercury relieves my computer I will be tackling graphics, logos and all that fun stuff. I have been learning CSS and I even joined a ning group all about...CSS! I have been ninja-ing around, tweeking here and there for the sake of legibility.
So,… Continue

Last night's meeting was extemely productive. Thank you so much to everyone who came out! We have some awesome new admins on board, sharing in the work load and making a ton of site improvements. I know the Department profiles are growing by leaps and bounds! Hug your admins and send them thoughts of hot coffee...
All Departments should now be activate on Twitter. If you are a twitter addict, yourself, please put in a good word about your hearth site.

I sat in on my first admin meeting last night and there are some great changes in-store for TWTW! I'll be busy with the house keeping over in the Castle Life department. Show some love to your administrators! They've all been working very hard to bring more order and user-friendliness to the site. Keep an eye out for featured products from your favorite departments on Twitter! If you really want to support the work we are doing, please stop by the front page and vote for the site in the… Continue

The other night I dreamt of a zebra. Not just any zebra though. It was rainbow colored and shimmered like a dragonfly in the sun. Any ideas on what this could mean? The zebra felt like a friend and perhaps from a fairy-type...? Also, later that day my mother called to let me know my grandmother who helped to raise me was passing over. She is still on this side, she is 95 years old. Could this be my answer?